He was born in 1847 at 15 The Crescent, Marino. Stoker was bed-ridden until he started school at the age of seven, when he made a complete recovery. Of this time, Stoker wrote, "I was naturally thoughtful, and the leisure of long illness gave opportunity for many thoughts which were fruitful according to their kind in later years."

After his recovery, he became a normal young man, even excelling as an athlete (he was named University Athlete) at Trinity College, Dublin , which he attended from 1864 to 1870. He graduated with honours in mathematics.

In 1878 Stoker married Florence Balcombe, a celebrated beauty whose former suitor was Oscar Wilde. The couple moved to London, where Stoker became acting-manager and then business manager of Irving's Lyceum Theatre, London, a post he held for 27 years. On 31 December 1879, Bram and Florence's only child was born, a son that they christened Irving Noel Thornley Stoker.

Working for Irving, the most famous actor of his time, and managing one of the most successful and busy theatres in London made Stoker a notable if very busy man. He was absolutely dedicated to Irving and his memoirs of Irving show how he idolised him. 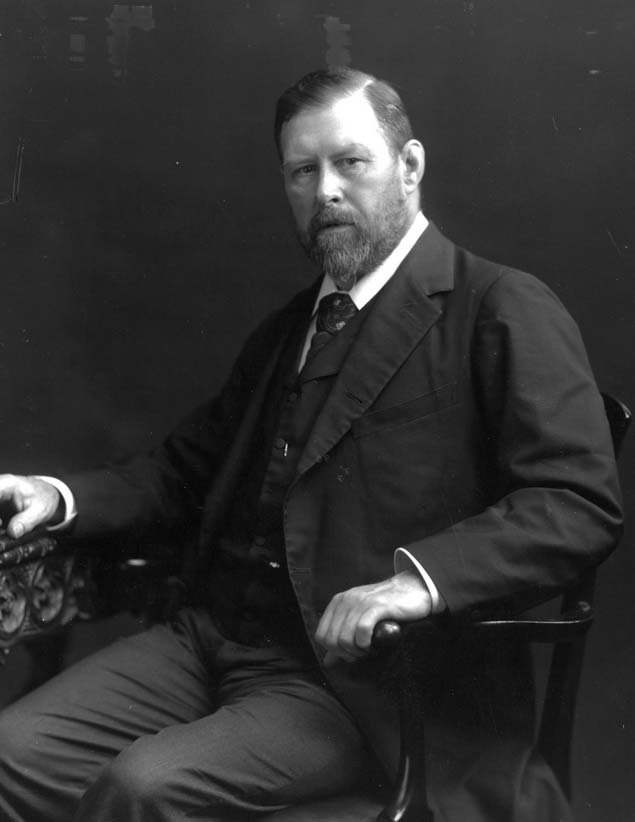 In the course of Irving's tours, Stoker got the chance to travel around the world though he never visited Eastern Europe, scene of part of his most famous novel. Stoker supplemented his income by writing novels; the best known being the vampire tale Dracula which was published in 1897. Before writing Dracula, Stoker spent several years researching European folklore and stories of vampires.

After suffering a number of strokes Bram Stoker died at No 26 St George's Square in 1912. Some biographers attribute the cause of death to tertiary syphilis. He was cremated and his ashes placed in a display urn at Golders Green Crematorium. After Irving Noel Stoker's death in 1961, his ashes were added to that urn.

Bram Stoker in the 1881 Census

At the date of the census (3rd April), Stoker was living at 27 Cheyne Walk in Chelsea, with his wife Florence and son Irving.

Using TheGenealogist.co.uk, I selected 'London 1881 Census' from the census transcript list, typed in the name Bram Stoker, and he was the first entry on the list of results!

He was listed in piece 77 on folio 4. He was registered there as: "Bram Stoker". His occupation ('Theatrical Manager'), birth place ('Dublin'), and wife's/son's names confirmed that I had found the right person.

Click Here to view the original census page from TheGenealogist.co.uk.